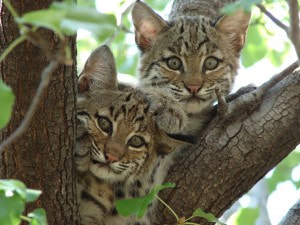 ​Does Footloose Montana support a total ban of trapping?
Who comprises Footloose Montana?
Footloose Montana is a broad coalition of folks brought together by agreement on one single issue: their opposition to trapping.  Supporters include hikers, hunters, skiers, anglers, pet owners, conservationists and even reformed trappers.  They are diverse politically, socially and culturally. Members have varying reasons for opposing trapping, and they have a wide range of beliefs on other land management issues. Accordingly, Footloose Montana takes no stance apart from its sole commitment against recreational trapping on Montana’s public lands. We are a Montana grassroots group with no external affiliation or ties.
​Trapping occurs only in the winter, right?
Wrong. The official “furbearer” trapping season runs from September to May, but trapping for predators (e.g., coyote, skunk, weasel) and nongame wildlife (e.g., badger, red fox, raccoon) continues year-round and is largely unregulated (most setbacks and other regulations do not apply).
​How often must trappers check their traps?  What’s required?
No trap check requirements exist in Montana.  Montana Fish, Wildlife & Parks (FWP) recommends (but does not require) 48-hour trap check intervals. Some trappers may abide by this, but many do not, particularly those who set many traps and cannot check them all within the recommended time.  In fact, it is these trappers who have lobbied most strongly against a trap-check requirement.
Isn’t trapping strictly regulated by Fish, Wildlife and Parks (FWP)?
Unfortunately, the regulations are very porous.  There are ten species defined as furbearers in Montana, and most trapping regulations apply only to these.  This includes all set-back regulations (50 feet from public trail and 300 or 1000 feet from public trail heads and campgrounds, depending upon whether the trap is lethal or non-lethal). If large Conibear traps are set at least 1/3 submerged in water or at least 48 inches above ground, they do not need to be enclosed in a cubby.

However, nongame wildlife and predator trapping is largely unregulated.  There is no license requirement for trapping these species, and they can be trapped almost anywhere anytime without setbacks on our public lands.  The three exceptions are Fishing Access Sites, Wildlife Refuges and National Parks (unless exceptions are granted).

No warning signs are required for trapping in Montana, and trappers are not required to pass any training course to get licensed.
​Trapping is just another outdoor sport like hunting, right?
Wrong.  Hunters follow strict regulations and seasons.  They are strongly encouraged to employ Fair Chase ethics.  Their goal is a quick, clean kill that does not result in the suffering of the animal. Hunters also see their target, whereas trappers regularly kill non-target species.  Baiting is illegal for all hunters, whereas trappers routinely bait their traps.  Traps are indiscriminate, and the target is unknown and unseen.  Trappers face few enforceable regulations, little oversight, and can let animals suffer in traps for days and nights.  They can sell animal parts and pelts and profit personally from Montana’s wildlife. Finally, trappers pay a mere $28 for a trapping license and can then trap as many wild animals as they want with no limit on the number of traps. Quotas exist only for bobcat, wolverine, otter, and fisher.

Unlike hunting, trapping presents a significant public safety threat to other users, including hunters and their hunting dogs, anglers, hikers and skiers and their pets.  Trapping is therefore incompatible multiple use values in a way that hunting is not.  Finally, unlike hunting, trapping is a net financial loss to the FWP budget.
​Is trapping an important part of the economy?
​The answer is no, in fact trappers are lucky, they say, to come out even.  For the state of Montana, trapping brings in $2 million.  Hunting brings in $311 million, fishing brings in $226 million, and wildlife watching brings in between $376 million and $500 million.  If anything, trapping hurts the economy by destroying the rare and reclusive animals people want to see and the habitats upon which they depend.  Beaver trapping has a significant negative economic impact in depleting water resources and riparian habitats upon which people and wildlife depend
​What about predator control?
Traps are the least efficient way to control predators because they cannot target an animal. A bullet has a much better chance of eliminating the offending animal.  Coyote population numbers are self-regulating, and populations often increase in the aftermath of trapping campaigns due to compensatory breeding (an increased reproduction rate in response to pressure).  Other alternatives such as hunting, averse conditioning and adjustment of land use practices are far more effective in minimizing conflicts.
​Is trapping an effective wildlife management or disease control tool?
Traps are indiscriminate.  Anything can stumble into a trap.  It is approximated that for every target animal caught, two have been discarded.  Many animals killed in traps have offspring that die as well. Apart from five exceptions (wolf, wolverine, otter, bobcat and fisher), trappers are not required to report their take or their discards.  If anything, trapping mismanages wildlife.  It causes far more problems than it solves.  Regarding disease, traps cannot discriminate between sickly and healthy individuals.  Brian Giddings, furbearer coordinator for FWP, wrote, “FWP regulates furbearer trapping seasons for recreational harvest opportunities.  Montana’s harvest seasons are not based on reducing or controlling disease” (e-mail response to Footloose Montana, March 16, 2009).
​What are trappers allowed to trap, how many and where?
Trapping is allowed in Montana for a very wide variety of animals except for threatened or endangered species (lynx, black footed ferret and grizzly bear). This includes rare and locally rare species such as fisher, wolverine, swift fox, otter and wolf.  Species which are trapped extensively include beaver, coyote, red fox, muskrat, raccoon, bobcat, pine marten, mink and badger.  Quotas exist for five species: swift fox, bobcat, fisher, otter  and wolverine*. For all other species, there is no limit to the number that can be trapped. Trapping occurs everywhere, but between September and May people should be especially cautious around streams, ponds and rivers. There are no legal restrictions against trapping on private land. On public lands the areas where trapping is not allowed is at Fishing Access Sites, Wildlife Refuges and National Parks. Almost everywhere else traps should be expected.
​(* the wolverine quota in Montana  is still temporarily suspended due to active litigation brought by nine parties including Footloose Montana.  Last updated 2/22/16)